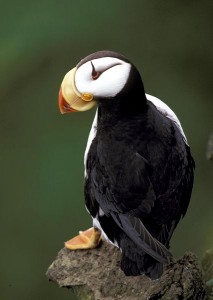 The latest trend in the UK is for couples to blend their names when they marry. Called meshing, it gives an professional women that do not wish to lose their last name an alternative to hyphenating.

Meshing can have some hidden dangers. The example always given is of Michael Pugh and Rebecca Griffin, who changed their name to become Mr and Mrs Puffin. A perfectly good name too. But what would have happened if Mr Pugh had fallen in love with Miss Tomkin? Would they have been happy as the Pumkins? Or if Mr Murdoch had met Miss Griffin, and they became the Muffins?

Perhaps Samantha Cameron might not have minded trading in her maiden name of Sheffield for Camfield, but it wouldn’t have been much good to be Shameron. Miriam González drew the short straw anyway, name-wise, by becoming Mrs Clegg, and she’d hardly be consoled by having become Clonzáles. Blending reveals hidden dangers at every level, all the way from Bosh and Pecks to the Widdletons.

Will this new trend find its way over the pond to the US? If it does will it strike a killer blow to genealogists?