U.S. marriage rates are at historic lows but may soon rebound a bit, demographers predict. 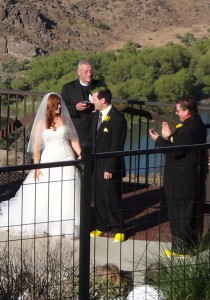 U.S. marriage rates are at historic lows but may soon rebound a bit, demographers predict.

The marriage rate is at its lowest point in more than a century, and the number of marriages across the USA fell more than 5% during the recession. But a new analysis projects that pent-up demand and the large population of marriage-eligible Millennials, ages 18-34, means more will be headed to the altar over the next two years.

Cultural changes about whether and when to marry, the fact that two-thirds of first marriages are preceded by cohabitation and the recession’s financial fallout — including unemployment and underemployment — fueled the wedding decline. Projections from the private company Demographic Intelligence of Charlottesville, Va., says the signs are right for a temporary boost in weddings.

Although it finds marriage numbers are stagnant or declining among those with a high school education or less, younger Americans, and the less affluent, numbers are rising among women ages 25-34, the college-educated and the affluent, which is where “short-term increases in weddings will be concentrated,” says this analysis, released exclusively to USA TODAY. It’s based on a variety of measures, including unemployment and consumer confidence, which reflect the relationship between financial security and the transition to marriage.

“Declines in weddings are likely to set in towards the end of the decade, even though the number of young adults is increasing, because of the nation’s ongoing retreat from marriage,” the report notes.

Experts in the field say this projection appears on target.

“Given the drop in marriage rates, it’s surprising to see a group project an increase,” says sociologist Andrew Cherlin, director of the Hopkins Population Center at Johns Hopkins University in Baltimore. “But it makes sense.

“If you’re going to get married in time to have kids, you can’t wait forever, so they may be saying that the postponement of marriages is running its course, and a backlog of young adults is about to schedule their weddings,” he says.

From 2007 to 2009, the number of marriages each year fell from 2.197 million to 2.080 million. The report estimates that more than 175,000 weddings have been postponed or foregone since the recession began.

A report based on 2010 data issued by her center last year found that 31% of all people who married that year were remarrying.

The new forecast predicts the marriage rate to remain at the record low of 6.8 marriages per 1,000 population for 2013 (where it’s been since 2009) and notes that the rate was 7.3 in 2007, just before the downturn. In addition, the report predicts that when these couples take their first vows, they’ll probably be older than brides and grooms in the past. By 2015, the company predicts, the average age at first marriage will rise to 29.2 for men and 27.1 for women, up from 28.2 for men and 26.1 for women in 2010.

“We’re anticipating that for both men and women, it (the average age) will continue to keep rising at least for the next decade,” says demographer Sam Sturgeon, president of Demographic Intelligence, which launched in 2010 with birth reports and fertility forecasts for consumer products. This is the company’s first foray into wedding forecasts.

He and other experts say it won’t be too long before the average marriage age for U.S. men reaches 30; it’s already 30 in some urban areas. In several European countries, the average age at first marriage is already in the 30s for both sexes.

This projected increase in weddings may mark a turnaround, but it’s not going to boost the low marriage rate, experts say.

“The rate is marriages per 1,000 in the population, and we’ve had this huge growth in older people,” Sturgeon says. “All of these older people go into the calculation, but they don’t add a lot of marriages to that calculation. It (the marriage rate) will be close to where it’s at now in the foreseeable future.”